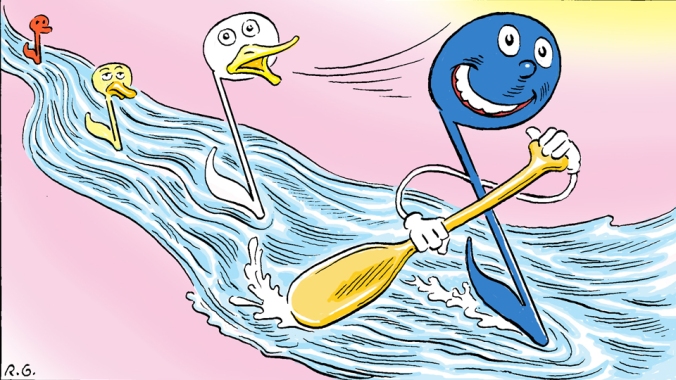 I like to think I am a self-starter but sometimes I get really tired of being totally responsible for myself and my work in the world. So I am a frequently lazy self-starter.

On this last day of January 2013, however, I can say that I have gotten a good start on my self-starting this year. It helped to pick a theme for the year–“flow”–because that is how I operate best. I am not a big-oomph, ta-da! initiator. I prefer to ease into things, one step at a time. And so the flow-synonym I adopted as this month’s subtheme was “streaming,” evoking the e-flow of tiny packets of information through the ether, one after another. (I watched a lot of Netflix streaming movies during the dark January evenings but then I always do.)

One step at a time I have created momentum for several projects that I want to complete or continue this year. You can go to plenty of self-help books and blogs to tell you how to do such things. I do not presume to do that. I only report. Here are the tools that have been most effective for me this month.

My flow journal. I have created spreads and sections devoted to several of these major projects, including publishing a book, generating the next writing project, and weight loss and fitness. I record even the minutest bits of progress on these projects in this journal. It makes me feel good.

The List of Difficult Things. Just thinking about things is no good for me. Unrecorded, ideas and tasks float unanchored in my brain, bumping into each other and morphing into overwhelm. Three A.M. thinking is the worst kind–the helpless body and mind take on the to-do lists in the dark and spang! I am awake but paralyzed and everything seems impossible. Because it is, just then.

My antidote to overwhelm is to make a list–at a rational, waking time–of specific tasks that seem somewhat difficult, things that will require some effort, some self-starting. I am generous with what I include on the List of Difficult Things. For example, I hate making phone calls so phoning always goes there, even for overdue chats with friends. (On the other hand I love to be called. Please phone me!)

I then promise myself to tackle one Difficult Thing a day. However, just making the list often makes some of the things on it far less difficult. Yesterday I breezed through two items on the list.

The truth is, the Difficult Things are often not really difficult. Sometimes they are things that seem hard because I haven’t done them before, like formatting a manuscript for e-publishing. When you get right down to it, the task is challenging but not impossible. But often it is amorphous 3 A.M. thinking, conflating everything, that blows things out of proportion. Writing the hard stuff down in the light of day keeps the tasks and ideas discreet and helps me line them up in a sequence. It gets them streaming.

Low-hanging fruit. That sequence for me usually starts with the easiest things. I pick low-hanging fruit. Sometimes I never get farther up the tree, because when I pick the low fruit the higher stuff comes within grasp. Enough of that metaphor; an example: I started by publishing the e-version of my book and now I am working on the print version and it doesn’t seem hard at all.

(Just . . . I could sometimes kill Word and all its little hidden helpers that mess with things. You do not want to know how hard it is to make a linked Table of Contents when Word tucks in default bookmarks that spoil everything. And does it again after you take them out. It has to do with using a Heading style. See, you do not want to know that, either.)

And as I said at the beginning, one thing at a time. I am often a Big Picture thinker. I want to understand the world, people, the future, war and peace. But this does not help my ideas and projects get out in the world. So I direct my attention to the small things, the here and now, the one thing I can do, the one thing I want to do, right now. And I trick myself a little by easing into it. I play. I just mess around, signing up with Weight Watchers for a trial period, daydreaming about my next trip to Congo, downloading the self-publishing manual. No commitments, no promises, not even to myself. Just see where it goes.

This month it went pretty far. More about that book next time.