Watching the Olympics makes me think about superpowers. Not the global kind but the personal kind. You can’t help believing in superpowers when you watch gymnast Simone Biles fling herself high in the air, backwards and twisting, and land on her feet. How’d she do that? More than hard work and practice is involved. Some magic is happening, on the order of leaping tall buildings in a single bound. 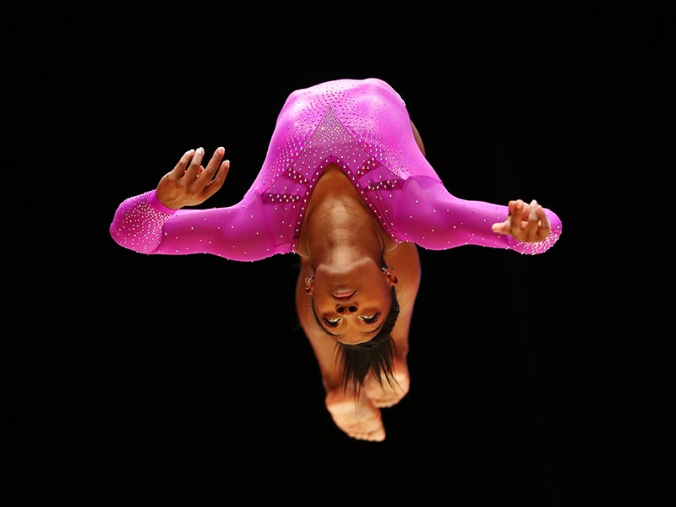 GLASGOW, SCOTLAND – NOVEMBER 01: Simone Biles of United States competes on the Beam during day ten of The World Artistic Gymnastics Championships at The SSE Hydro on November 01, 2015 in Glasgow, Scotland. (Photo by Ian MacNicol/Getty images)

The thing is, she and all the other amazing athletes are not the only ones who have superpowers. I am glued to the TV each evening not only to see who comes out on top but also in a meditative marvel at the human capacity, because I believe everybody has at least one superpower, something we do that makes other people say, how’d you do that? Some personal, God-given magic with which we were born.

Most superpowers, however, are not as visible as the jaw-dropping feats being performed before our eyes these two weeks. They can be very specific, hard to recognize, and hidden for a good portion of one’s life, revealed only by chance and circumstance, if ever. I have to think that for millions of people that recognition never comes.

My superpower is editing. Not just the nit-picking, spelling-and-grammar-correcting copyediting that most people associate with this unglamorous role, though I have always been very good at that. I’m not even sure what the proper term for it is, since I have never been trained in it, though I did it professionally for years. I think of it as deep editing. I can get into a writer’s mind and understand what they are trying, unsuccessfully, to say and then I can hone their words so that they actually say that. I can rearrange scattered thoughts into the flowing logic that expresses what the writer intended in the first place but didn’t quite achieve. I can finish the incomplete thought. I can translate jargon into English. I can make clunky writing sing but in the writer’s own voice. When I have finished you can’t tell exactly what I have done to make that happen. It’s magic.

This is the opposite of a public, rah-rah superpower. It is exercised behind the scenes, usually without credit, and a good part of its magic is that it is invisible. Nevertheless, it is a superpower. I don’t know where this skill came from. It just showed up one day when a friend, who was the new chief editor of an obscure magazine called the Bulletin of the Atomic Scientists, handed me a long, jumbled, jargony essay. I don’t remember the exact topic. Len thought it had some good information in it but he couldn’t, or didn’t have the time to sort it out. Could I take a look?

I read the darn thing. And then read it again. On the third read-through I began to see what the author (a scientist, not a writer) was trying to say and, more important, what could be said. How the puzzle could be rearranged so it made sense. I untangled the mess. I gave it back Len, who was amazed at the transformation. He sent it to the author, who was, apparently, not amazed because the utterly transformed manuscript represented what he intended to say in the first place and, in fact, thought he had said. Invisible magic.

I was 40 when I discovered my superpower. It was the beginning of a 25-year career that included hundreds of manuscripts like that one. It morphed into doing more writing as well as editing, though the writing often involved translating other people’s ideas, information, and plans into reports, funding proposals, and newsletter articles. Although I got better and better at this with practice, it was always easy, felt natural. My brain was made to function this way.

But you can’t build your life totally around a superpower. Even Michael Phelps has to come out of the water.

A superpower is specific and limited. If you stay within certain conditions, it works. If you deviate from them, it either doesn’t work at all or it gets mysteriously messed up. It can be a hard taskmaster. You have to learn to know it, cater to its requirements, and either obey them completely or educate them to expand.

It must be exercised judiciously. Despite feeling natural, using your superpower sucks something out of you. It has a cost. It is an energy that can be depleted.  It can even bore you! You have to learn balance and, perhaps, how to give it up entirely, let it go underground.

In this process you may learn that superpower magic isn’t all there is to doing successful work. Working hard, learning something new, being bad at something before getting good at it, is a different way altogether.

Nevertheless, any work that you perform in the world that is glorious will have a glint of your superpower magic in it. Good work becomes a balance between effort and effortlessness–the magic of your peculiar gift. I don’t edit much any more because I am seeking that balance in my own writing. The skill of knowing someone else’s intention directed toward knowing my own; of saying in an economical, streamlined way, honing words to essence and precision, what I have to say. I am learning what hard work writing is, but, as a super-editor, I know that in order to be beautiful, writing must also look effortless.

What is your superpower? What role does it play in your life?

One thought on “Name your superpower”